Let's Explore the World of Aviation 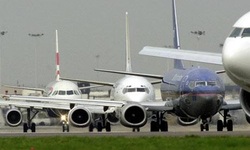 The aviation field encompasses the design, development, production, operation, and use of aircraft, especially heavier-than-air aircraft.

Interesting Fact
A joint study by Foreign Affairs and International Trade Canada and the Canadian Council for Aviation and Aerospace (CCAA)reports that there is a labour shortage in 9 out of 10 occupations in the Canadian Aerospace Manufacturing Sector and a skills shortage in all 10.  By 2017, 40% of the Canadian labour force will be over 55 years of age and considering retirement, including the more than 80,000 aviation technical personnel. 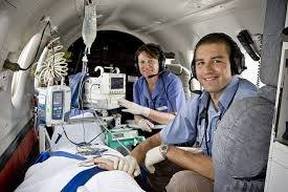 A flight nurse is an experienced registered nurse who performs on board medical care to patients dealing with a trauma or illness. These nurses are responsible for providing immediate medical assistance to their patients from the moment they arrive at the scene of the incident until the patient reaches the hospital via aircraft transport.

These nurse may be found operating out of a variety of different aircraft such as jet aircraft, propeller aircraft and/or helicopters. Flight nurses are often called upon during rescue missions or on aero-medical evacuations and are usually accompanied by an emergency and/or critical care support transport team, which may include flight paramedics, flight physicians and/or respiratory practitioners.

Just as an ambulance crew operates as a team to rescue individuals suffering from intense physical, mental or psychological stresses through the use of an ambulatory vehicle flight nurses work alongside a medical team of aero medical professionals that have been trained to react well on critical flight missions in order to ensure that each patient receives appropriate medical care while onboard an aircraft.

Some of the responsibilities flight nurses are required to undertake include facilitating proper medical care to each patient in need of immediate medical assistance, assessing the patients ailments, administering medications, handling basic treatments, supplies and equipment and providing patients with a comfortable environment until they reach the hospital.

Flight nurses may also act as a liaison between the medical team and the flight crew, and will communicate with the hospital doctors and staff about the patients situation and mental/physical ailments when they arrive at the hospital. 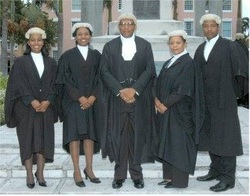 An aviation attorney is a lawyer who specializes in aviation law, which is the law that pertains to the operation of aircraft and related ground facilities, such as airports, hangars, and so forth. Aviation attorneys can represent consumers, pilots, airlines, manufacturers, flight schools, and other people involved in the aviation industry in both civil and criminal cases. When a legal case involves an aviation-related matter, it can be extremely helpful to retain an aviation attorney to assist with the handling of the case.

In civil cases, an aviation attorney can handle matters such as product liability suits, suits to recover damages related to plane and helicopter crashes, and wrongful death suits against airlines and private operators. Aviation attorneys are very familiar with the areas of the law that cover these situations and they can provide representation for plaintiffs or defendants in these cases; airlines being sued after an accident, for example, usually have aviation attorneys represent them in court.

Criminal cases involving aviation can include a variety of legal matters. A criminal aviation attorney represents defendants accused of criminal activity such as failing to follow regulations. It is possible for defendants to be sued in criminal and civil courts over the same matter, as for example when an airline doesn't comply with regulations and is fined in civil court, as well as being penalized in criminal court.

Consider being a Flight Operations Dispatcher
A flight dispatcher is like a ground captain but instead of being responsible for a single aircraft, he/she can be responsible for up to 50 aircraft during a single shift, including charting routes and alternates, calculating fuel loads and aircraft weight, monitoring flights (known as “flight watch”) and taking decisions whether to divert or cancel flights if an aircraft cannot continue to operate safely. A dispatcher is also plugged into air traffic control to ensure the most efficient routing and minimize costly air traffic control delays.

Hear what the experts say

Explore the below resources for more information! 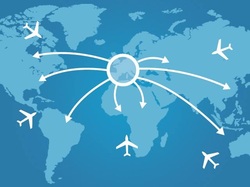 Find out more about becoming a Flight Attendant:http://buff.ly/1eoOkNc

Find out more about becoming an aviation maintenance engineer:
http://www.careersinaviation.ca/career-paths/aviation-maintenance-engineers.html

Apply via The Student Centre today!